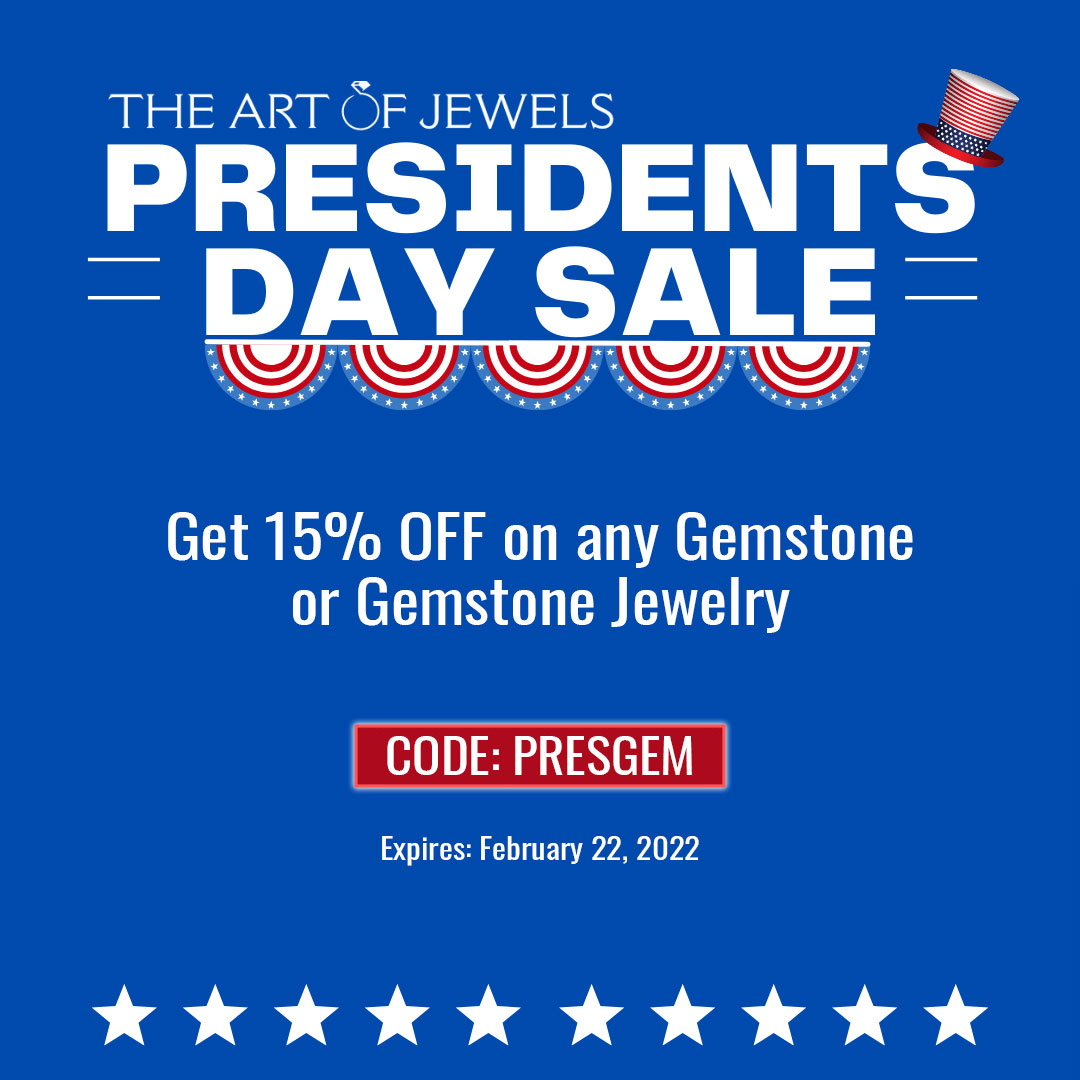 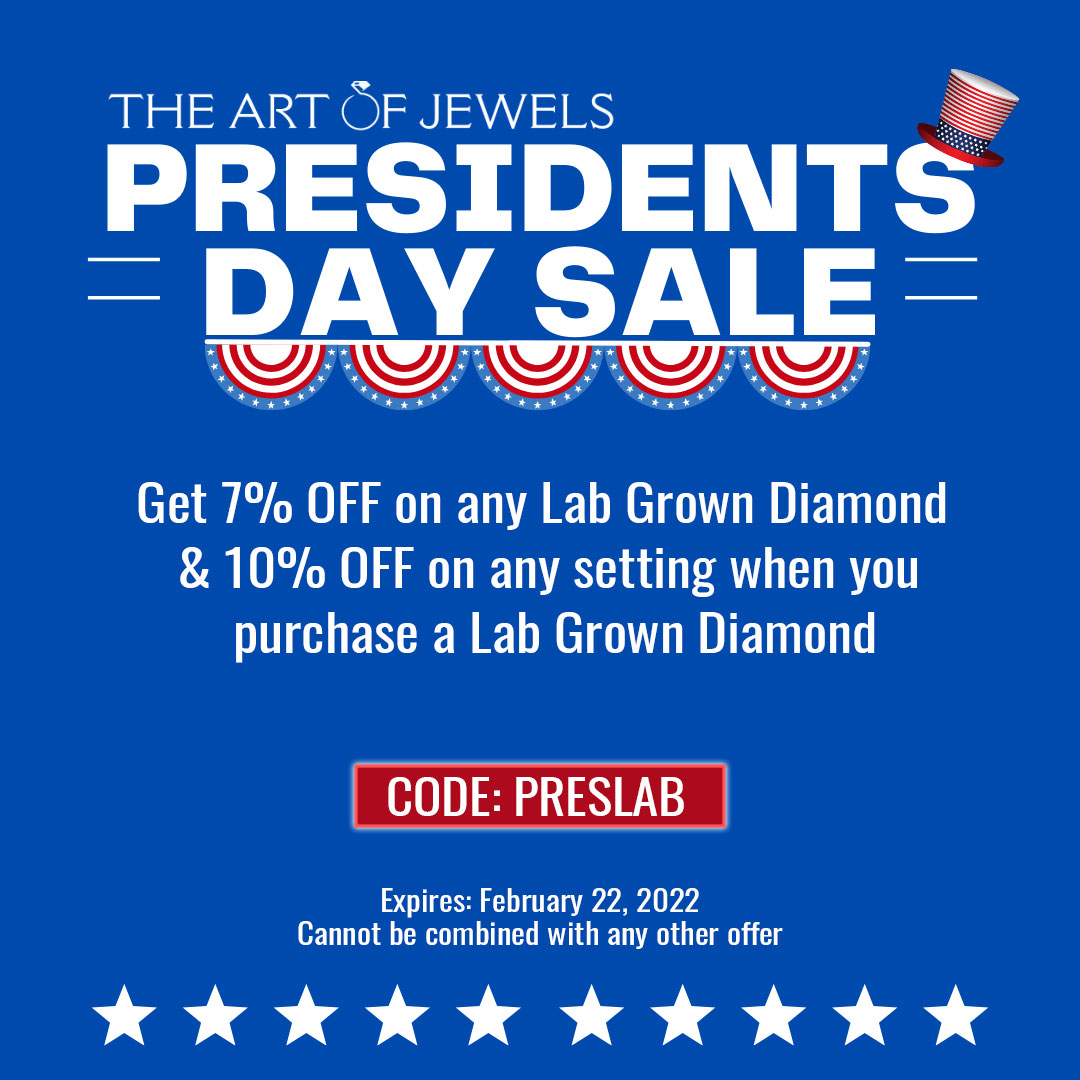 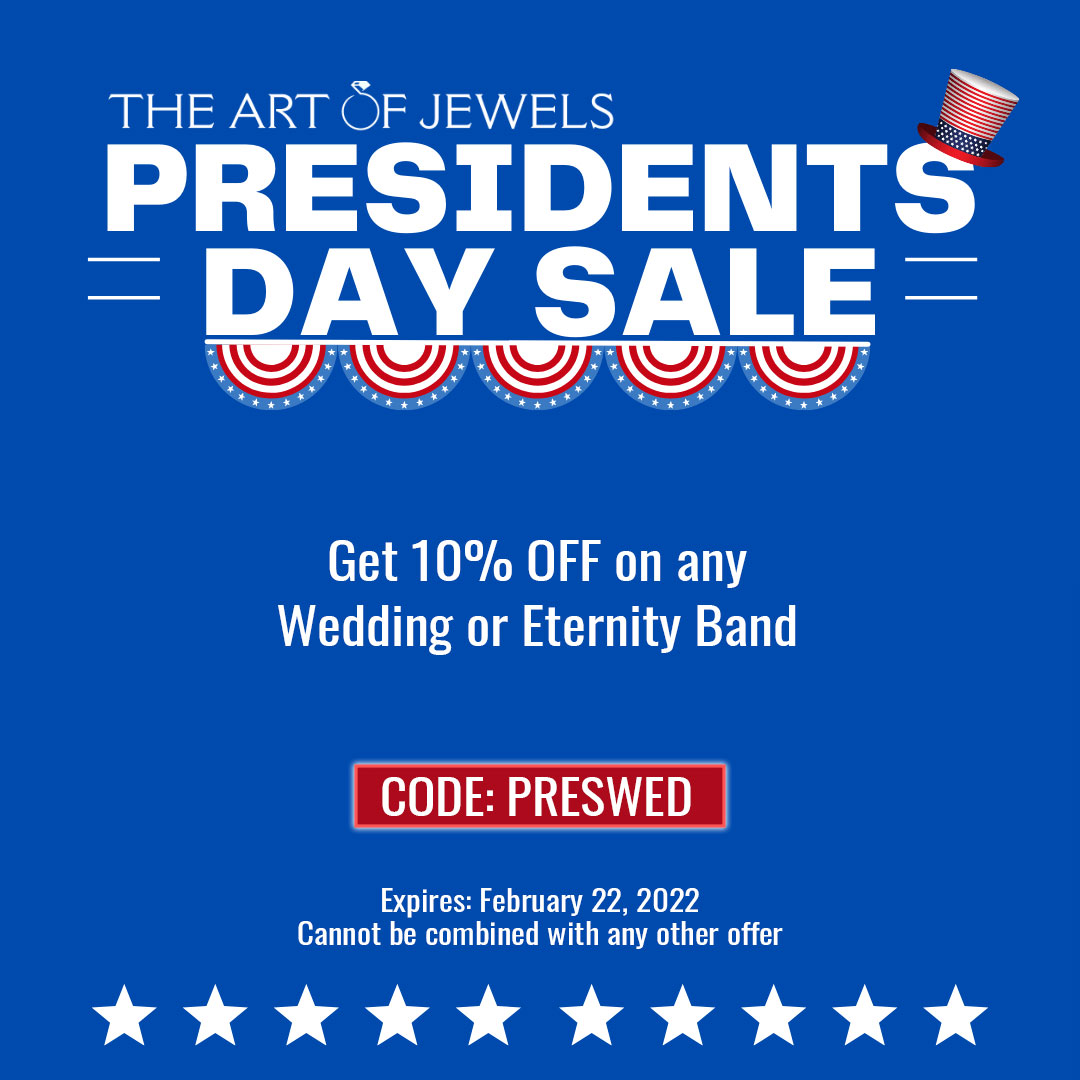 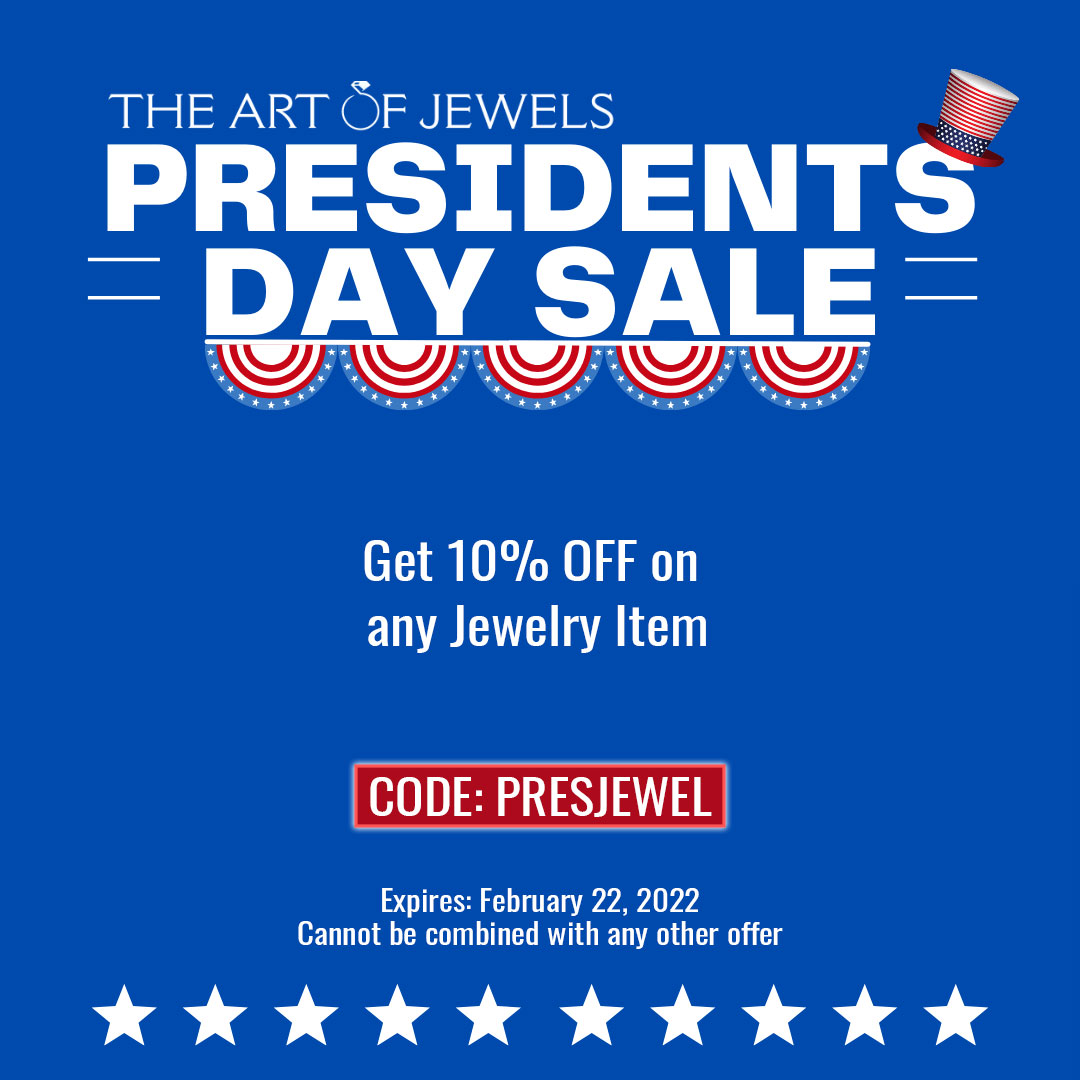 Prized throughout the ages, precious and semi-precious gemstones occur in an infinite color range from subtle to vibrant. Color gemstones have been sought after for centuries, valued for their natural beauty and rarity, worn as symbols of wealth and status, and eternally possessing a mystery of mythology and lore.

Colored gemstones commemorate birth months, anniversaries, the healing arts and the Signs of the Zodiac. Specific gemstones have been attributed mystical powers, or healing powers, as well as the power to protect the wearer from a variety of life's perils.

The Emerald is probably the best known and rarest member of the Beryl family of Gemstones. Emerald, like other beryl occurrences, has a hardness of 8 on the Mohs hardness scale. Although emeralds have been found in Russia, Australia, and Africa, Columbia is the Emerald producing capital.

The most desirable color of Emerald tends to be the deeper green color, so it is logical to assume, that the lighter the color of green the less valuable the Emerald. But as with all gemstones color alone does not exclusively determine value.

It is also not unusual to discover that even the most prized Emeralds may have some inclusions, often described as the "watery forest". As with all gemstone inclusions, less is more, but unlike other gemstones the inclusions in an Emerald are an accepted reality. However, one should be aware that these internal fractures, in spite of a hardness of 8, increase the potential for damaging this gemstone should it sustain a forceful impact or be exposed to sudden extreme temperature changes.

Emeralds may be treated either with an oiling process to enhance their color or fracture filling techniques to hide the internal flaws. Unless otherwise certified by a grading laboratory, it safe to assume that an Emerald has been treated by an enhancing process.

The Ruby is the distinguished red member of the Corundum family of Gemstones. Ruby, like other corundum occurrences has a hardness of 9 on the Mohs hardness scale, the second hardest gemstone after the diamond.

Although Rubies have been found in Thailand, India, Madagascar, Brazil and Afghanistan, all producing fine gem material, the prized Burma Ruby from Mogok, Myranmar is the the most valuable of gem quality Rubies.

With a color range from bright red to a dark reddish brown, the "pigeon blood red" or "Burmese Ruby", as it is often referred to, is a bright red color with slight bluish hues. This color is considered exceptional in the Ruby. A large Ruby from Burma of several carats that is flawless and possesses this exceptional color can be worth millions of dollars.

Most Rubies do not fall in this exclusive category and are of a brownish-red hue and are from Thailand. These stones can be heat-treated to enhance color and transparency. Unless otherwise certified by an independent gemological laboratory as a natural Ruby you should consider the stone to have been heat-treated.

The Sapphire is a multi-colored member of the Corundum family of Gemstones. Sapphire production occurs in Africa, Kashmir (India), Sir Lanka, Thailand, Australia, and the United States.

In addition to the recognizable blue occurrence of corundum it is also represented in pinks, oranges (the rare orange-pink is known as padparaschah), yellows, greens purples and white colors; in actuality the Ruby is really a red Sapphire. The Sapphire, like other corundum occurrences, has a hardness of 9 on the mohs hardness scale, the second hardest gemstone after the Diamond.

The main rocks associated with Sapphire occurrences are Marble, Basalt and Pegmatite. The most desirable color of Sapphire is described as "cornflower blue" or the Kashmir Sapphire. 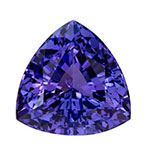 Tanzanite was not considered a gem material until 1967. Originally known as Blue Zoisite, it was renamed by Tiffany's in 1969 to Tanzanite, named after the East African state of Tanzania

Possessing a strong violet-blue color, Tanzanite has become a popular and less expensive alternative to the Kashmir-blue sapphire.

Tanzanite is known to be a trichroic stone, giving off different colors when viewed at different angles, allowing for a variation in color ranging from blue to violet to reddish brown. 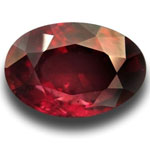 Garnet is a diverse group of colored minerals, with color variations from the most recognized reds with brown (pyrope) or violet (almandine) tints to the less recognizable colors of orange with red/brown tones (spessaritite) to the green varieties (grossular, demantoid, uvarovite) with the most notable green Garnet, with the Tiffany's given name of Tzavorite. Other popular named garnets are the Rhodilite and Malaysian garnets. 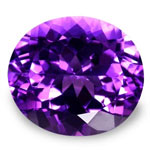 A purplish variety of the Quartz family of gemstone occurrences. Commonly a transparent gemstone and available from a light lilac color to a vibrant dark purple. It has a mohs hardness scale of 7 that makes it a very durable gemstone for daily wear. Fine examples may be acquired at moderate prices. Amethyst gem lore suggests that the wearer of this gemstone will enjoy peace of mind. 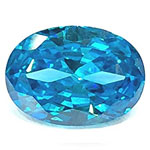 Aquamarine, (Latin for "Water of the Sea." Roman sailors believed it protected them from drowning and ensured a good catch of fish.) is a member of the Beryl family of gemstones. Aquamarine's color is light to medium blue, blue green and the most desirable dark blue. Aquamarine has a Mohs hardness of 7.5.

It is mined in various locations throughout the world including Brazil, Africa, Russia and the United States. 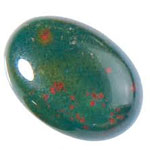 Bloodstone, also known as Heliotrope, it is a dark green chalcedony with red speckling. The colors may not always be consistent, varying in tone and intensity. Found in India, Australia, Brazil, and the U.S. It has a Mohs hardness of 6.5-7. It is mined in various locations throughout the world including Brazil, Africa, Russia and the United States. 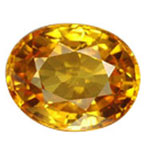 The family of gemstones known as Topaz comes in a variety of colors ranging from colorless to yellow, yellow-brown, yellow-orange, orange to orange-brown, pink to pinkish-brown, green, the rarer red and more common light blue to a medium to dark blue (the pink and blue color is most often heat treated although there is no way to distinguish a treaded stone from a natural topaz). Topaz is a durable stone with a hardness of 8 on the Mohs scale, usually transparent to translucent. 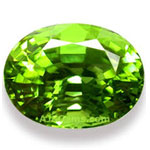 Peridot is French and derived from the Arabic word "faridat", meaning gem. Ancient Egyptians called Peridot "the gem of the sun," although, due to their brightness, the stones were supposedly invisible under the desert sun. At night, or in darkness, they were said to give off a light all their own.

This lovely stone ranges in color from light yellow-green, to the intense bright green of new grass, to a more olive hue. Found in various parts of the world, the oldest known source is St. John's island on the Red Sea, off the coast of Egypt. The largest known faceted peridot is a magnificent 310-carats stone that is currently on display at the Smithsonian Institution in Washington, D.C. It has a Mohs hardness of 6.5-7. 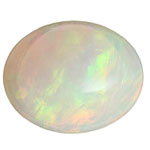 This enchanting stone derives its name from the Greek "opallios," meaning to see a change of color. Ranging from a flash of pastel color to the fiery intensity of the darker varieties, opals reflect light like dew drops in the sun. It should come as no surprise then, that opals have a very high water content, anywhere from 3-33%, but generally in the 6-10% range. The base color ranges from colorless to white, orange, blue, gray and black and in some instances yellow, red or purple. The actual play of colors occurs when a precious opal stone is moved, allowing for viewing in different directions, revealing a spectrum of colors from soft banded pastels to vibrant reds, greens, and blues.

Their unique color has made them long prized by royalty. An opal was featured in the crown of the Holy Roman Emperor, and is still among the crown jewels of France (including the 77-carat opal of Louis XVIII, kept in the National Museum of Natural History in Paris). The most treasured variety of opal is the black opal.

Opals are found in various parts of the world with Australia being the most notable source. They are also mined in Mexico, Honduras and the United States. It has a Mohs hardness of 5.5-6.5. 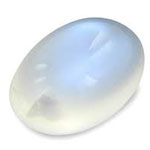 A member of the feldspar group of minerals it possesses a bluish-white sheen which produces its' cat's eye appearance. Deposits are found in Sri Lanka, Australia, Burma, India, Tanzania and the United States. It has a Mohs hardness of 6-6.5.

Most often thought of as green in color, tourmaline has a varied range, including greens, pinks, red, blues and the unique multi-colored "watermelon" variety. The name derives from the Sinhalese word "turmali," meaning "mixed." This gem is most commonly found in Sri Lanka, Brazil, Angola and Australia. 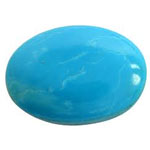 It is available in a color range from green to blue depending on its mineral content. Iron content imparts a greenish color while the presence of copper imparts the bluish color.

Turquoise hardness on the Mohs scale ranges from 2 to 6 depending on the density and quality of the gem material. Most of today's material is treated for hardness stabilization or color enhancement. These treatments may affect a specific stones value.